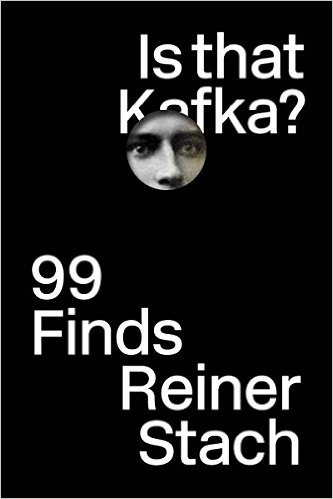 Reviews for my translation of Reiner Stach, Is that Kafka? 99 Finds

“Lucidly translated from the German by Kurt Beals, ingeniously designed, illustrated with photographs of Kafka and the people he knew, of places he visited and art he admired, and with facsimiles of newspaper articles, manuscripts, notes, and letters, Is That Kafka? is a handsome volume.”
—Francine Prose, The New York Review of Books

“In the end, the German professor Kurt Beals, a former editor at New Directions, has produced a carefully polished prose to mirror Stach’s—and Kafka’s—own.”
—Jeffrey Zuckerman, The New Republic

“[A] fascinating recipe book, from which the reader may improvise or enrich his or her own Kafka. Long into the age of the automatic biography – though not all of them are as judicious, as devoted, or as brilliant as Stach’s – it is interesting to consider whether a different, less autonomous form may not in the end be more helpful, and more in the interests of writers and readers.”
—Michael Hofmann, TLS

“Derived from Stach’s years of burrowing in the archives, Is That Kafka? indirectly contributes to an ongoing scholarly project, in Europe and America, to revisit many of the assumptions about the writer and his work, in effect, to move beyond the myths and cliches. The actual life of the man who gave us Josef K. (from The Trial) was much less Kafkaesque — and more human and ordinary — than is still commonly thought.”
—Michael Dirda, The Washington Post

“Reiner Stach has curated a collection of artifacts from the author’s life in his latest book, Is that Kafka? 99 Finds. The book, translated from the German by Kurt Beals, is a crowd-pleasing encore to Stach’s monumental three-volume biography of the writer.”
—Avi Steinberg, The New Yorker 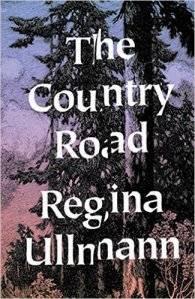 Reviews for my translation of Regina Ullmann, The Country Road

“What Ullmann has to say to us is somehow exemplary, uncomfortable, difficult, long-buried; it is from our midst, but also slightly from above, and also from below. It refuses distance, and in its designs on us doesn’t mind changing angle, direction, and even plane. […] We come away from her, as she dazzlingly puts it (and she is absolutely right!), ‘greatly enriched but slightly diminished.’”
—Michael Hofmann, The New York Review of Books

“Regina Ullmann’s writing was highly praised in her time by writers of impressive stature—Hermann Hesse, Rainer Maria Rilke, Thomas Mann, and Robert Musil (“Genius.”). Yet only now, nearly one hundred years after it first appeared in German, has this valuable collection of stories become available in English, lucidly and sensitively translated by Kurt Beals with what seems to be close faithfulness to the original. […] The writing goes at its own pace, pausing for reflection. In this, it has something in common with Proust’s long novel: we cannot expect to be seized by any quick action, as from the first sentence of a Patricia Highsmith crime romance. An apter comparison might be to the stories of Brazil’s Clarice Lispector. In the experience of reading Ullmann, one’s expectations change, within the rarity of her vision and the precise beauty of her prose.”
—Lydia Davis, Common Knowledge

“Despite destitute situations, Ullmann’s sensitive writing soars. […] With one hand, Ullmann offers celebrations of life, and the invigorating effect of nature in counteracting poverty, while with the other she emphasizes mortality, reminding us that however we live, death is inevitable.”
—Rosie Clarke, The Quarterly Conversation

“A winsome eeriness pervades Regina Ullmann’s prose. The 10 elegiac stories in this volume are spiritual observances whose seemingly simple subject matter — roads, inns, taverns; farmers, young brides, sick children — is corporeal by chance. That’s because Ullmann’s hymnal prose often projects the meditative quality of a reminiscing saint. […] This is writing about that world — ‘big and wide and unwelcoming’ — the beautiful endurance, a perfect paradox, of those compelled to live in it. Kurt Beals’ translation is itself a thing of beauty.”
—The American

“… as with the best short fiction, it leaves its reader with a sense of something ineffable, as if the reader, too, is adrift in the dark woods, liable to fall prey to whatever forest denizens might pass by.”
—Steven Beattie, That Shakespearean Rag

“it’s as if Ullmann takes biblical wisdom literature, strips it of all moral judgment, and then spins it with rotating moments of natural bliss and existential fear”
—Jonathan Sturgeon for Flavorwire.

“its language feels timeless — rich and cavernous and haunted”
—Kevin Nguyen for Grantland. 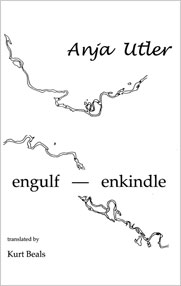 “engulf — enkindle is a stunning book of poetry. It literally stunned me into absolute submission; it is the book of poetry I’d been wanting to read for years. […] Kurt Beals is a genius. I can’t imagine how these translations could have come to be otherwise. He may have been working at an advantage; Germanic languages share many rhythm and sound patterns, two of the most impressive features of this translation. Still, the strangeness of these poems, which demand so much of the reader, must have demanded even more of Beals. To create this kind of complexity in translation is nothing short of stunning, an achievement compounded by the shifting registers and pacing of the language. This is an uncompromising work of brilliance on both Utler and Beals’ parts. It’s sharp and sexy, challenging and riveting and absolutely relentless. This is the poetry I’ve been waiting my whole life for.”
— Erica Mena, Three Percent

“engulf – enkindle strikes the reader as an exercise in balance, in allusion, and draws our interest toward its gifted translator Kurt Beals. One of the most pressing question readers will ask themselves when faced with this collection is, what technique could he possibly make use of to retain so many of the double entendres, the sound play, the completely unique syntactic structure and the arresting punctuation? Utler’s text reads so richly in English that it appears that he had to make no concessions at all.”
— E.C. Belli, Words Without Borders

“Beals deserves serious laurels for his work. engulf — enkindle is a book of surfaces—its significance is rooted in the relationships between words, between sounds—and Beals has rendered those relationships with compelling richness and enviable potency.“
— Dan Rosenberg, The Kenyon Review

”The English word ‘engulf’ usually refers to ingesting, swallowing up, yet can also (when passive or reflexive) mean disgorging, as a river into the sea. While this secondary sense captures the primary meaning of Anja Utler’s original münden, the translator’s deeper discovery (one of many in this volume) is precisely the term’s volatile complementarity. Object and subject, matter and language, fear and desire: these familiar distinctions become—in these heavily enjambed, syntactically fractured, yet sonically taut lines—freshly permeable. Drawing on her training in speech therapy as much as her studies of Slavic and English literatures, Utler’s language continually unweaves itself into abstraction that it braids back into the sensory, whether in the natural history of the first half of the volume or its mythological re-imagining in the second, where Marsyas, the flayed satyr, and Daphne, transformed into a laurel, demarcate the apparent extremes of exposure and incorporation. Throughout, in a fitting twist, Beals’s confident translation recovers the spirit that Utler so closely identifies with the letter, subtly reconfiguring German syntax into an English that preserves both her connotative richness and the underlying scenes to which it is tangent. A striking work in English, this translation provides a superb introduction to an exciting young German-language poet of rare linguistic and imaginative inventiveness and power.”
— Paul Franz, The Boston Review

“This is Anja Utler’s first German collection translated entire. Her work does resist translation, as I’ve found myself, but, with compromises, valid English texts can be created. It seems to me that Kurt Beals has succeeded here.”
— Tony Frazer, A Shearsman of Sorts

“I was startled the first time I opened Utler’s engulf — enkindle. The work is so elemental. […] This is a marvelous language, and one that I have not seen before. Gerard Manley Hopkins comes to mind. Sound and sense are so fused, so incorporate, as to produce a language that convulses with elemental intensity.”
— John Olson, Tillalala Chronicles

“‘The challenge for the translator,’ Beals notes, ‘is to bring about the metamorphosis of this complex text, with all its multiplicity of meanings, into an English poem with a similar range of connotations.’ Beals succeeds, and even manages to capture the sound patterning of the original in his translation. The vowels of ‘immer,’ ‘glitzern,’ and ‘schwimmt’ are re-used on the facing English page in the two lines ‘unseeing image will, must always, glitter with you, rippled, / dimmer, now skimming: your thanks now — it swims.’ Very neatly, the English ‘dimmer’ absorbs the whole of the German ‘immer’ (‘always’).”
— Nora Delaney, The Critical Flame